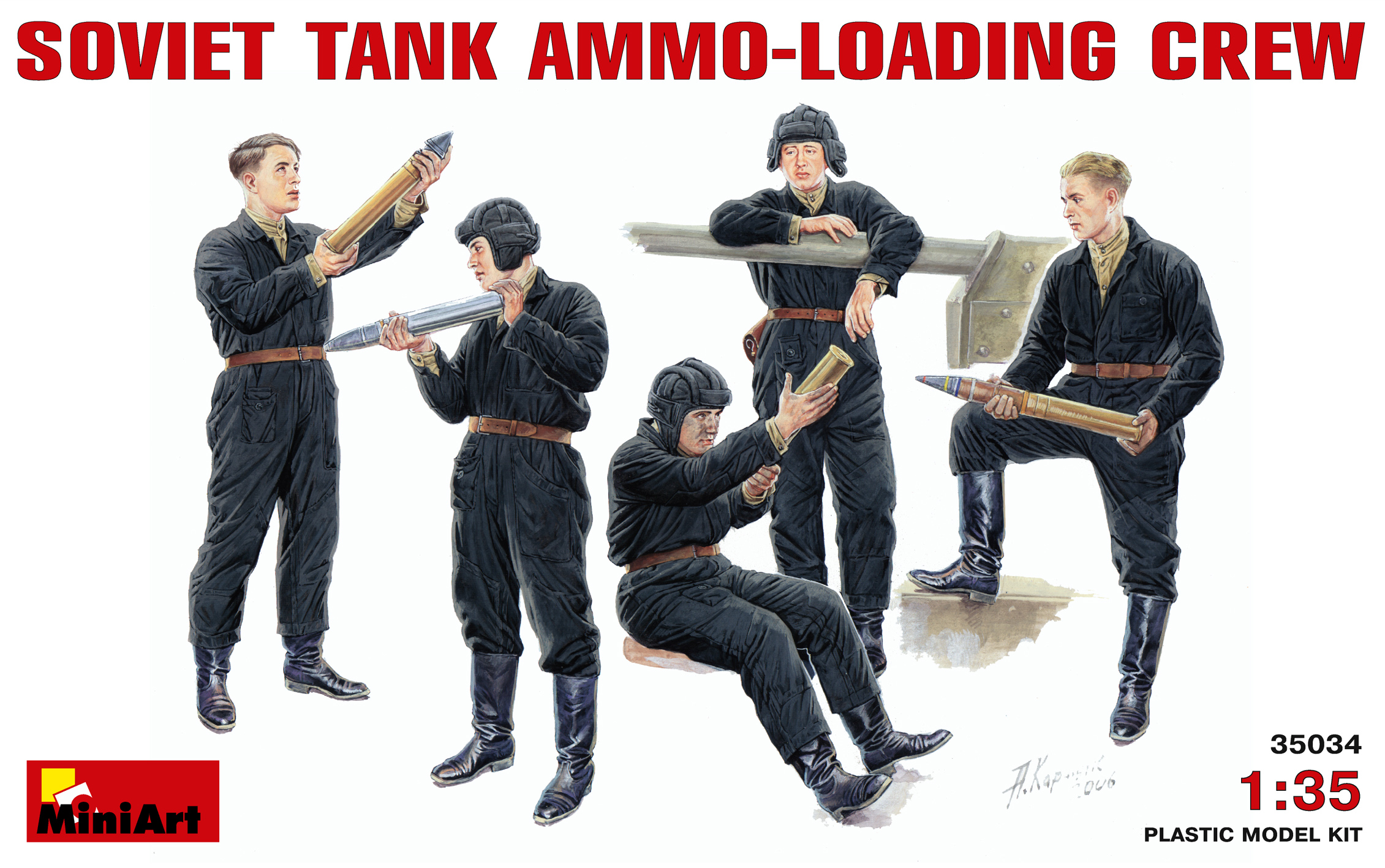 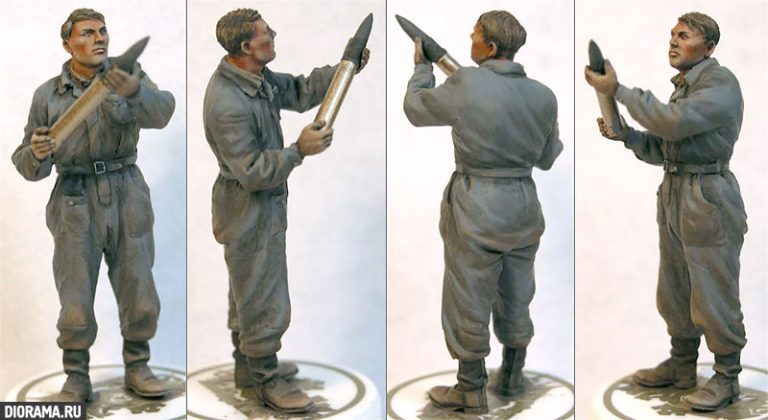 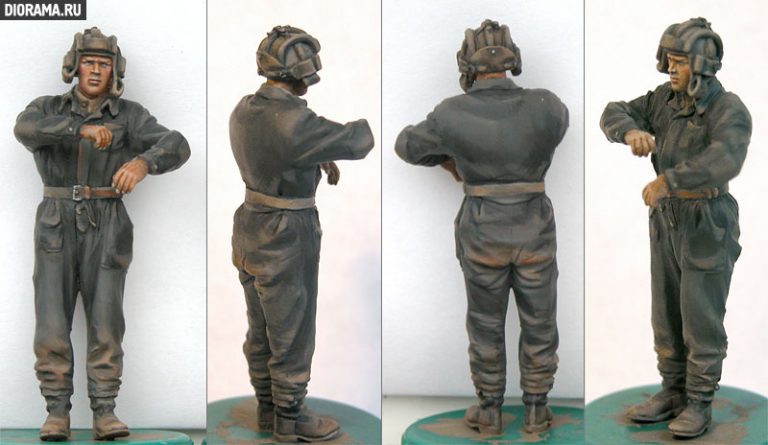 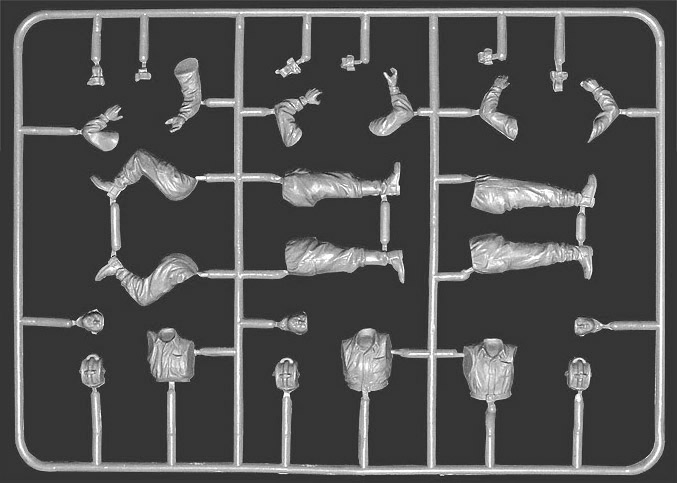 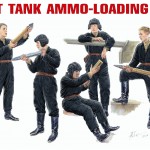 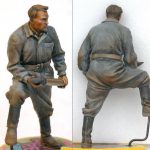 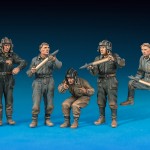 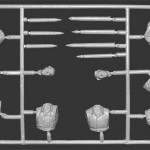 This set provides five Soviet tankers in later war black canvas coveralls, three with matching helmets, loading ammo into their vehicle. Each man comes in the standard six piece breakdown (head, torso, legs and arms) with two bareheaded and three with tankers’ helmets. Each helmet consists of three parts (crown and ear flaps) with the fastener tucked up on one side.

Three are in positions of handing rounds up, holding them, or handing them down to another member inside the vehicle, one is seated to deal with the ammunition and load into ammo racks or stowage, and the five man is a kibitzer, shown hanging over the gun barrel on a T-34 76mm. 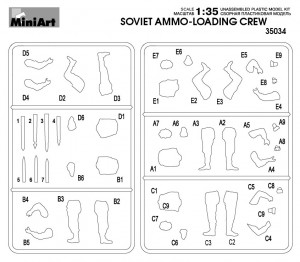 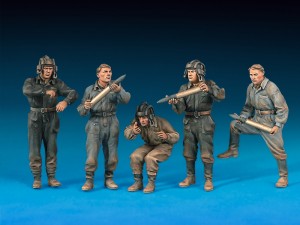 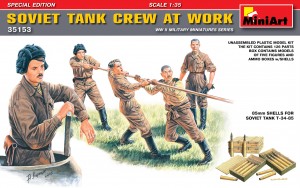